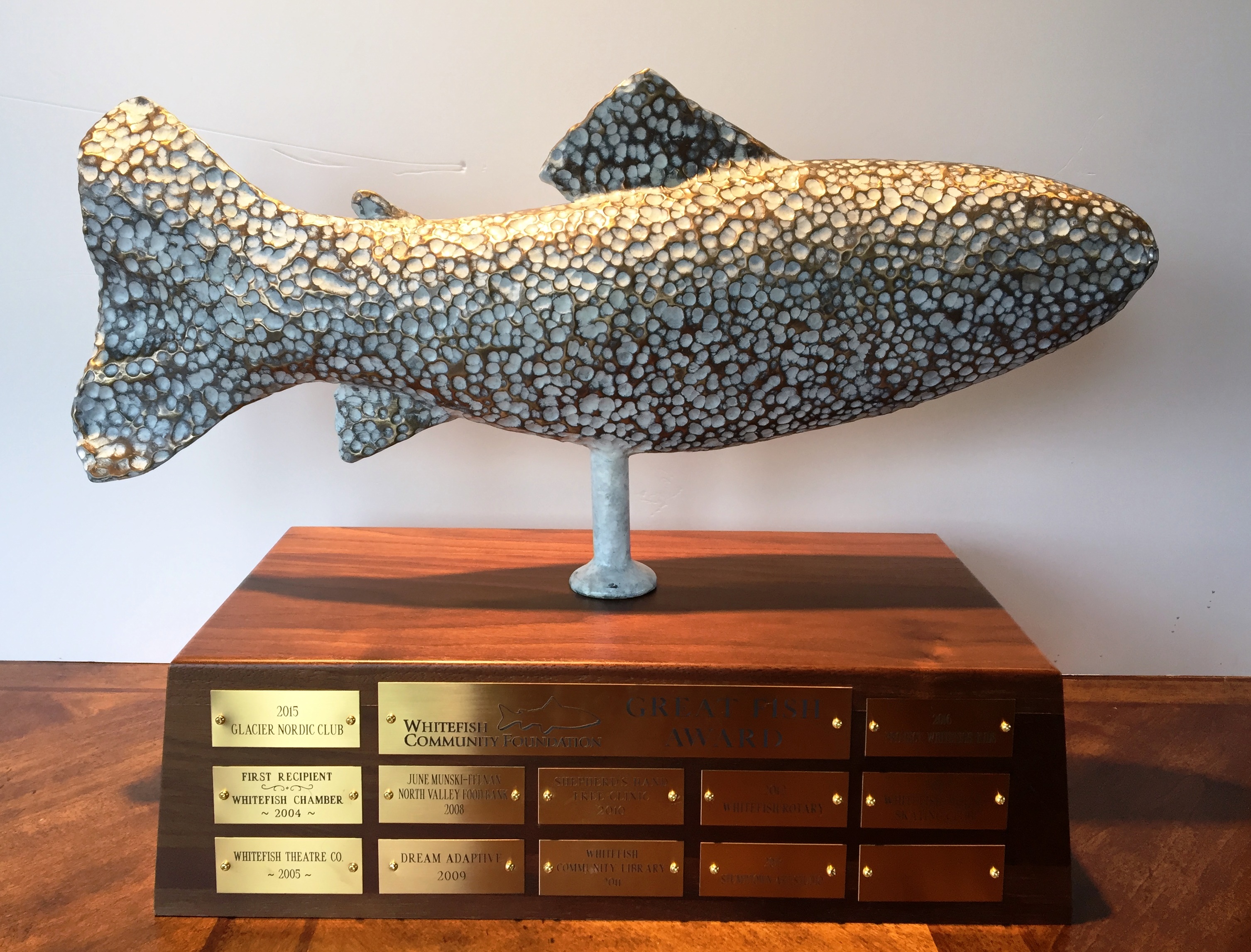 The Fish Award was established in 2004 to honor an organization or individual who has made a substantial and significant contribution to the betterment of the Whitefish community. The award was not intended to be given every year, but only when a worthy recipient was selected. The first awards were made in 2004 and 2005, but then not given again until 2008.

In 2008, the award became known as The Great Fish Award, and since then, it has been presented each year to recognize a nonprofit that has made a significant contribution to the quality of life in Whitefish. In 2013, the award came with a $500 grant and in 2015 the award was increased to a $2,500 grant.